CMCS2020
© 2020 MEPhI
Keynote speakers
ICREA & Universitat Pompeu Fabra, Spain
David Block
David Block is ICREA Research Professor in Sociolinguistics in the Departament d'Humanitats at the Universitat Pompeu Fabra. From 2012 to 2019, he held the same post at the Universitat de Lleida and from 1996 to 2012 he worked at the Institute of Education, University of London (now University College London Institute of Education), where he was Professor of Languages in Education from 2008 to 2012. Over the past three decades, he has published books, articles and chapters on a variety of topics. His interests at present vary widely. First, he is interested in examining multimodal practices and phenomena of all kinds (including political discourses, social movements, multiculturalism and bi/multilingualism) drawing on scholarship in political economy, history, sociology, anthropology and geography. Over the past ten years he has focused on the dominant form of capitalism in the early 21st century (what some would call 'neoliberalism') and inequality and social class divisions as key collateral effects. His most recent work deals with four very different aspects of contemporary society: (1) a focus on 'post-truth' and related concepts and the critical analysis of political discourses; (2) an examination of the internationalization of higher education worldwide as part of the broader neoliberalization of societies; (3) the exploration of new ways of framing discussions of the construct 'identity' in the early 21st century, creating links with a Marxist, historical materialist view of society; and most recently, (4) the in-depth study of the roots and routes of intersectionality, via memoirs, biographies and other accounts from African American history and sociology and, in particular, Black feminism. 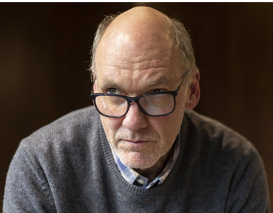 Title of talk:
Dealing with crisis in a toxic social media environment: The way we live today
He is co-editor, with Deborah Cameron, of Globalization and Language Teaching (Routledge, 2002) and co-author, with John Gray and Marnie Holborow, of Neoliberalism and Applied Linguistics (Routledge, 2012). He is sole author of The Social Turn in Second Language Acquisition (Edinburgh University Press, 2003); Multilingual Identities in a Global City: London Stories (Palgrave, 2006); and Second Language Identities (Continuum, 2007; re-issued in 2014 as a 'Bloomsbury Classic in Linguistics'); Social Class and Applied Linguistics (Routledge, 2014), Political Economy and Sociolinguistics: Neoliberalism, Inequality and Social class (Bloomsbury, 2018; shortlisted for the 2019 BAAL Book Prize) and Post-Truth and Political Discourse (Palgrave Macmillan, 2019). He is just finished co-editing, with Sarah Khan, The Secret Life of English-medium Instruction (Routledge, 2021) and he is currently writing a book entitled Innovations and Challenges in Identity Research, also for Routledge. He is a member of the Academy of the Social Sciences (UK); Visiting Professor at University College London Institute of Education; editor of the book series Language, Society and Political Economy (Routledge); and Associate Editor of the journal Applied Linguistics Review.
Griffith University, Australia
Andy Kirkpatrick
Andy Kirkpatrick is Professor in Linguistics in the Department of Humanities, Languages and Social Sciences at Griffith University and a Fellow of the Australian Academy of the Humanities. He has lived and worked in many countries in East and Southeast Asia, including China, Hong Kong, Malaysia, Myanmar and Singapore. Recent books include The Routledge International Handbook of Language Education Policy in Asia (co-editor with A.J
Liddicoat) (2019), the Wiley Blackwell Handbook of Asian Varieties of English (co-editor with Kingsley Bolton and Werner Botha) (2020), The Routledge Handbook of World Englishes (second edition, 2020) and Is English an Asian Language Cambridge: Cambridge University Press (2020).
Title of talk:
In this talk I shall argue that English is both a multilingual and multicultural language in that it has been influenced by linguistic and cultural contact with many different languages and cultures. I shall base my argument primarily, but not exclusively, on examples from Asian varieties of English and from the Asian Corpus of English (ACE), a corpus of the use of English as a lingua franca in Asia. These examples will illustrate how English has been reshaped and adapted to reflect the cultural backgrounds and everyday experiences of its new speakers. A variety of the roles of English in Asia, including in the law, religion and popular culture will also be presented. Asia is now home to some 800 million multilingual speakers of English, more than the total number of people who speak English as a native language. I shall argue that English is not only in Asia, but it is also of Asia (Kirkpatrick 2020). It is a multilingual and multicultural language of Asia.
English as a Multilingual and Multicultural Language 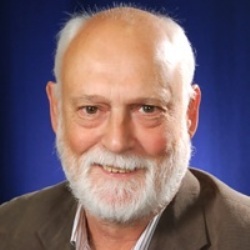 About his talk:
The Alan Turing Institute, Queen Mary University of London, University of Warwick, UK
Maria Liakata
Maria Liakata is an Artificial Intelligence (AI) fellow at the Alan Turing Institute, UK and a Professor in Natural Language Processing (NLP) at the School of Electronic Engineering and Computer Science, Queen Mary University of London and the Department of Computer Science, University of Warwick. She has authored and co-authored over 100 publications within the field of NLP, covering a range of topics including semantics, pragmatics and scientific discourse to biomedical applications of NLP, social media analysis and automated rumour verification.

At the Turing she founded and co-leads the NLP and data science for mental health special interest groups and supervises PhD students. She is in receipt of one of five prestigious Turing AI fellowships, funded by the UK government. Her five year fellowship is on Creating time sensitive sensors from user-generated language and heterogeneous content, and involves developing new methods for NLP and multi-modal data to allow the creation of longitudinal personalized language monitoring. She is also the PI of projects on "Emotion sensing using heterogeneous mobile phone data", "Language sensing for dementia monitoring & diagnosis" and "Opinion summarisation from social media". She has recently written a blog on how language and AI can help with mental health, especially in situations such as the current pandemic.
Title of talk:
Creating time sensitive sensors from user generated language and heterogeneous content
There has been increasing interest in processing user generated content such as language in social media posts collected over time to make predictions about individuals' state of mind. This talk will present the objectives addressed by my five-year Turing AI Fellowship through which I aim to establish a new area in natural language processing on personalised longitudinal language processing.

I will give an overview of the state-of-the-art in this area, describe the challenges involved and present work in progress on developing sensors for capturing digital biomarkers from language and heterogeneous user generated content to understand the evolution of an individual over time.

I will also discuss plans to apply the technology developed to make a significant contribution to mental health by creating new tools based on the sensors, making it possible to assess and measure conditions in between clinician appointments.
About her talk: 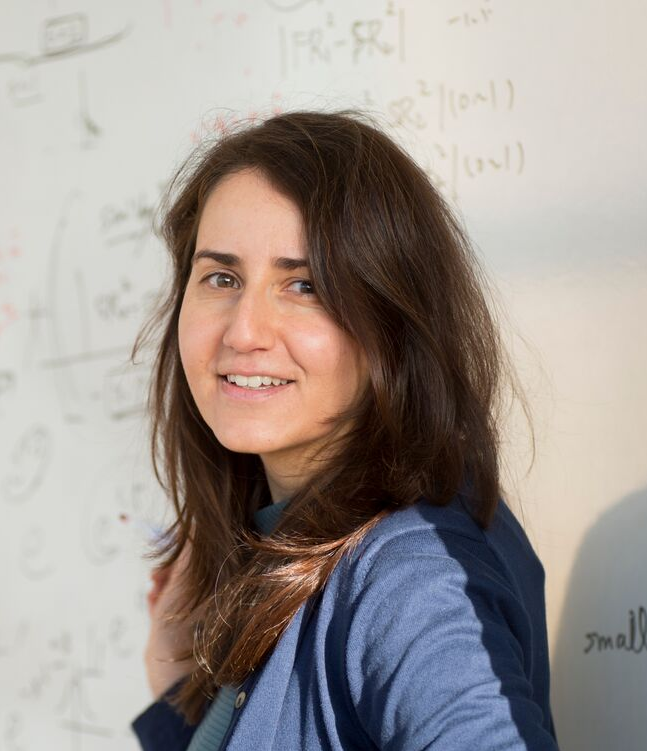 Riga Technical University, Latvia
Marina Platonova
Marina Platonova is Professor of Contrastive and Comparative Linguistics at Riga Technical University (RTU). She obtained a PhD from the University of Latvia in 2011. She is the author and co-author of more than 60 publications. Her research interests lie in the fields of translatology, contrastive linguistics, text linguistics, digital humanities, pragmatics, and terminology. 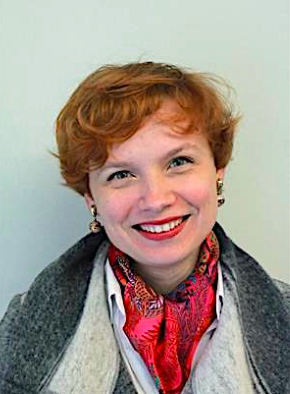 Title of talk:
Marina Platonova is the Dean of the Faculty of E-Learning Technologies and Humanities (FLTH) and the Head of the Department of Technical Translation at the Institute of Applied Linguistics (ILA). She is the author and the Head of the Master Study Programme "Digital Humanities", the first master degree programme in this field in the Baltic States. It is the only study programme in the respective field, which offers specialization in translatology and terminology studies. Marina Platonova has been the member of the Committee of Experts of the State Language since 2016, the European Society for Translation Studies since 2007, and the Association of Digital Humanities Organizations since 2018. She was also the Board Member of the EC DGT EMT Network and co-chair of the working group on Traineeship (2014 - 2019). She is the chair of Organizing Committee of the international scientific conference Meaning in Translation: Illusion of Precision, which has been successfully organized biennially since 2012.
Decoding Terminological AWARENESS: Developing Terminological Competence
In the dynamically changing scientific and academic environment it is rather difficult to imagine efficient communication among professionals in the respective field and across the domains, unless terminological deficiencies are properly addressed and solved. Bridging the existing terminological gap concerns addressing the issues of availability of terms, terminological work, acceptability of terms, responsibility of the respective authorities, degree of erudition of the actors, the performed needs analysis, term elaboration mechanisms, sensitivity and tolerance of the stakeholders, last but not least, a well-defined scientific approach to term creation, harmonization and alignment across the languages.
Therefore, raising terminological awareness is an essential part of curriculum at all levels of tertiary education, fundamental and/or applied research as well as vocational traineeship. It especially concerns the design of the contemporary technical translator profile, developing terminological competence and addressing the issues of cultural sensitivity and domain knowledge.The present research aims at discussing the notion of terminological awareness and testing it against the number of the relevant terminological competences a user should possess. The study focuses on the set of competences taught within the framework of the courses on terminology, terminography, terminotics at Riga Technical University.
About her talk:
ETH Zurich, Switzerland
Horst-Michael Prasser
Horst-Michael Prasser graduated at the Moscow Energy Institute and received his doctorate in 1984 from the Zittau University of Applied Sciences. After 19 years in Rossendorf, Dresden, Germany, he became full professor of Nuclear Energy Systems at ETH Zurich in April 2006. In Rossendorf, Prof. Prasser headed the Accident Analysis and Experimental Thermal Fluid Dynamics departments at the Institute for Safety Research and worked for the board of the institute in the phase of the restructuring during the process of German reunification. Important results were related to boron mixing in pressurized water obtained at the ROCOM facility developed under his lead, as well as numerous contributions to two-phase flow instrumentation and experimentation, including wire mesh sensors and time-resolved gamma and X-ray tomography and the design and exploitation of the TOPFLOW facility. At ETH Zurich, Prof. Prasser developed techniques for high-speed measurements of liquid film thickness distributions.
Title of talk:
Forget the slogans. A reactor can explode. It has 1000 times more radioactive material in it than any bomb ever released. Evacuated and resettled people are also victims. A crippled nuclear power plant is not peanuts. There are too many old reactors around (... and too few modern ones). Uranium does not fall from the sky. Mines do have an ecological footprint. We have to meter electricity from nuclear power plants. Do not advertise your reactor concept on the cost of others. Fast reactors do not close the fuel cycle, reprocessing does. Do not diminish or ridicule renewables. Treat rejecters of nuclear rather as partners than as enemies. Listen to their fears. Listen to their solutions. Nuclear is not the solution. Nuclear is just an indispensable part of it. Renewables also have a footprint. Energy storage has it, and it does not produce energy. Risk is unequal danger, danger is unequal damage. We take risks to reduce other risks. We go to the doctor. We let us vaccinate. Energy policies may fail. How big is this risk? Our task is to keep the risk of nuclear much smaller than the risk of abandoning nuclear. But always stay in awe of nuclear power.
Stay in awe of nuclear power 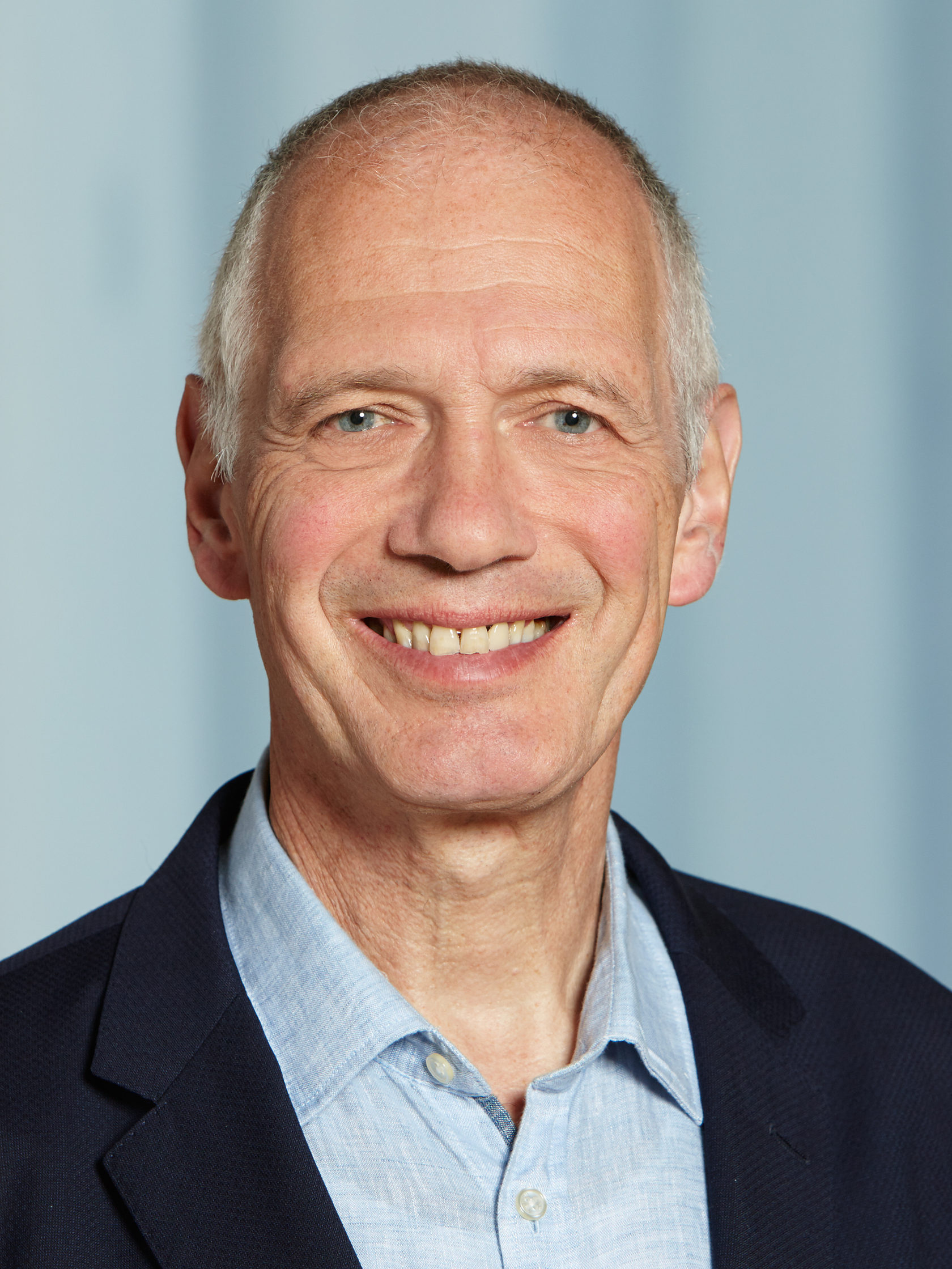 Under his leadership of the Laboratory of Thermal Hydraulics at the Paul Scherrer Institute from 2007 till 2017, among others, a deuterium-deuterium plasma neutron source that is suitable for fast neutron imaging was built. The laboratory of Prof. Prasser provides contributions to the development of CFD codes used to describe single and two-phase flow phenomena in fuel elements of nuclear reactors. Other fields of activity are in the area of containment thermal-hydraulics, e.g. work on the distribution of hydrogen in severe accident scenarios and filtered containment pressure relief. Prof. Prasser played a key role in establishing the "Nuclear Engineering" master's degree, which has been offered jointly with EPF Lausanne since 2008. Between 2008 and 2011, Prasser was elected member of the board of the Swiss nuclear regulator ENSI.
About his talk: 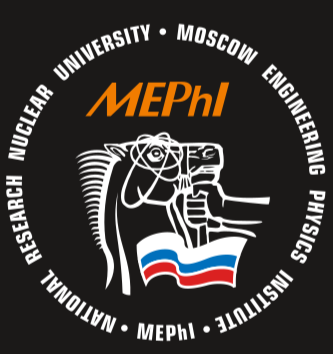